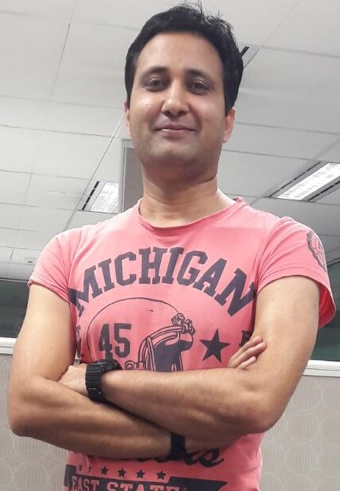 A list of all the posts and pages found on the site. For you robots out there is an XML version available for digesting as well.

Page not found. Your pixels are in another canvas.

Page not in menu

This is a page not in th emain menu

This post will show up by default. To disable scheduling of future posts, edit config.yml and set future: false.

A Decade of Mal-Activity Reporting: A Retrospective Analysis of Internet Malicious Activity Blacklists

Abstract: This paper focuses on reporting of Internet malicious activity (ormal-activity in short) by public blacklists with the objective of pro-viding a systematic characterization of what has been reportedover the years, and more importantly, the evolution of reportedactivities. Using an initial seed of 22 blacklists, covering the periodfrom January 2007 to June 2017, we collect more than 51 millionmal-activity reports involving 662K unique IP addresses worldwide.Leveraging the Wayback Machine, antivirus (AV) tool reports andseveral additional public datasets (e.g., BGP Route Views and Inter-net registries) we enrich the data with historical meta-informationincluding geo-locations (countries), autonomous system (AS) num-bers and types of mal-activity. Furthermore, we use the initiallylabelled dataset of approx. 1.57 million mal-activities (obtained from pub-lic blacklists) to train a machine learning classifier to classify theremaining unlabeled dataset of approx. 44 million mal-activities obtainedthrough additional sources. We make our unique collected dataset(and scripts used) publicly available for further research.

Measuring and Analysing the Chain of Implicit Trust: A Study of Third-party Resources Loading

Published in In ACM Transaction on Privacy and Security (TOPS), 2020

This paper is about the number 3. The number 4 is left for future work.

I co-taught with Dr. Daniel Sutantyo

I co-taught with Dr. Alireza Jolfaei.

COMP8325–Application of AI in Cybersecurity

I co-taught with Dr. Xuyun Zhang.